So this started when I found the below tweet:

Basically what it is doing is that using Google Sheets you can specify a cell text to be translated to another language using the very simple formula as below:

I was curious so I just tried it out on my own Google Sheet:

This was super cool and I was mostly done here. This was a cool feature. However, if you remember my first tweet, I mentioned:

One guy reached out to me about that end result and how to do that:

Interestingly that is what most people would like. The first thing that pops up in the head that one can use the Google App Script to parse the data in Google Sheets and then it is just a matter of formatting the data to be the right format of how strings.xml is.

So I went on to fiddle with some Google AppScript and was able to generate the below:
strings.xml @Pastebin.com

What is missing, is that each of these needs to be in its own value-lang folder inside a strings.xml file.

Should be easy. So after fiddling a bit more I was able to end up generating the full folder structure inside my own Google Drive folder. 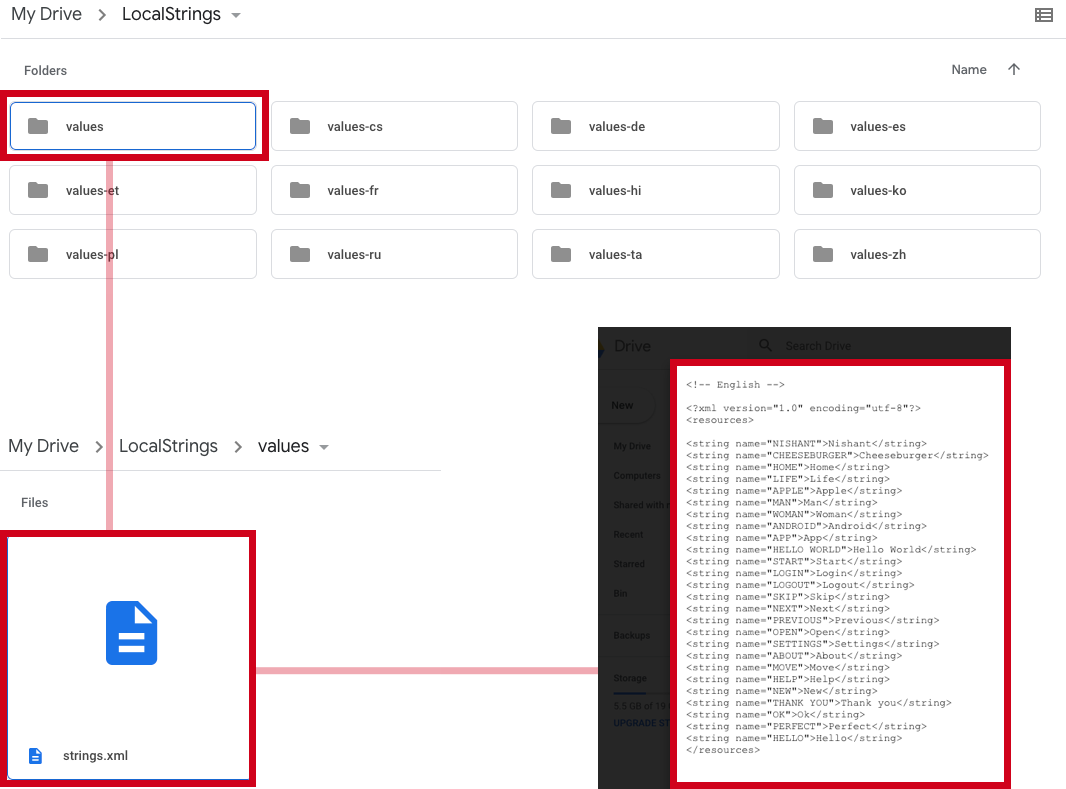 
Everything was so quick to bootstrap and get running 🛴

I plan on open sourcing this sheet and the app script by this weekend. It is not doing anything complex, pretty simple. I would also release the script as an addon so it is easier to set up for people.

For now, I think it works for most Indie devs who cannot afford to pay for translation services and hopefully it will be as helpful as I think it is.

Stay tuned for more updates here (about open-sourcing the script, addon release and explanation about how the script )🙃

For now, I am too sleepy to write anything 😴

Until next time, keep crushing code 😎

I do a lot of such tinkering with scripts and Android development over at Github, or you can see me rambling about tech in twitter :]